EventsRestaurantBreweryBeergardenThe HotelMurnauContactShop
Online buchen
Taste our special seasonal beer!
Brewery tradition since 1676
Yes, we are proud of our long brewing tradition.
Griesbräu was first mentioned as a brewing station in 1676 and since 1836 has been known as a brewery in Murnau. In 2000 Michael Gilg began brewing beer as his ancestors did. Since then you can enjoy our fresh tapped beer here in Griesbräu together with fine Bavarian dining. 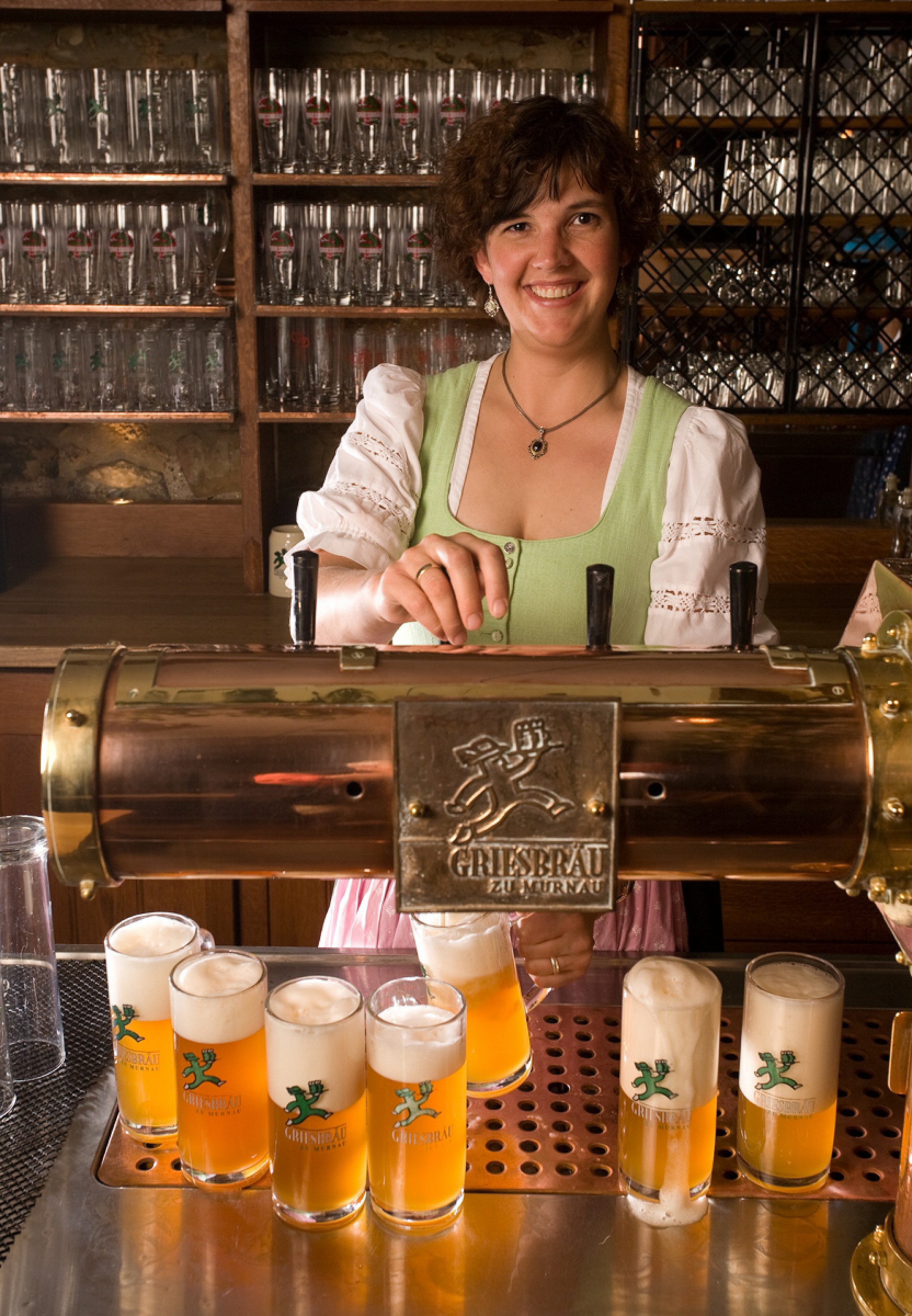 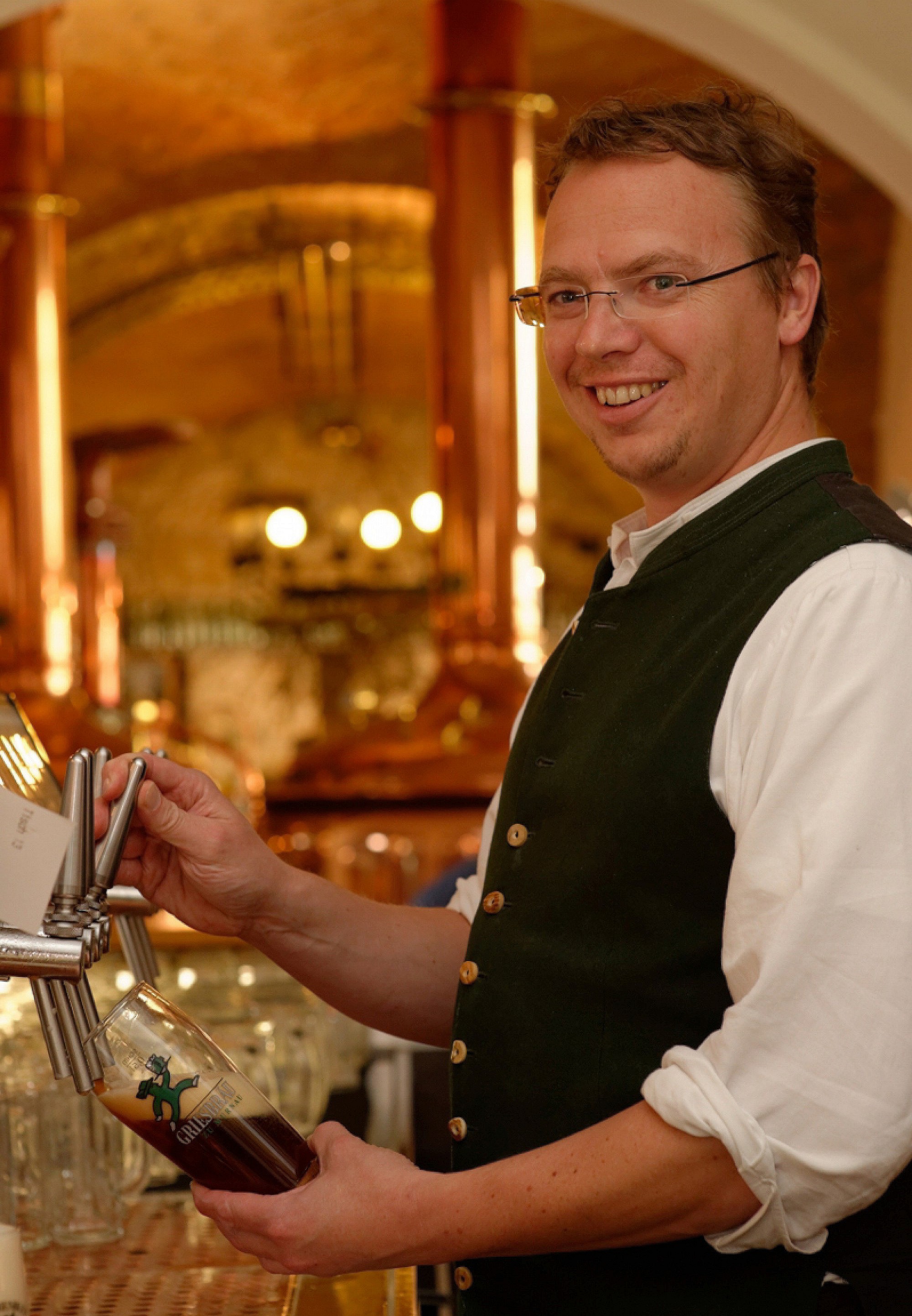 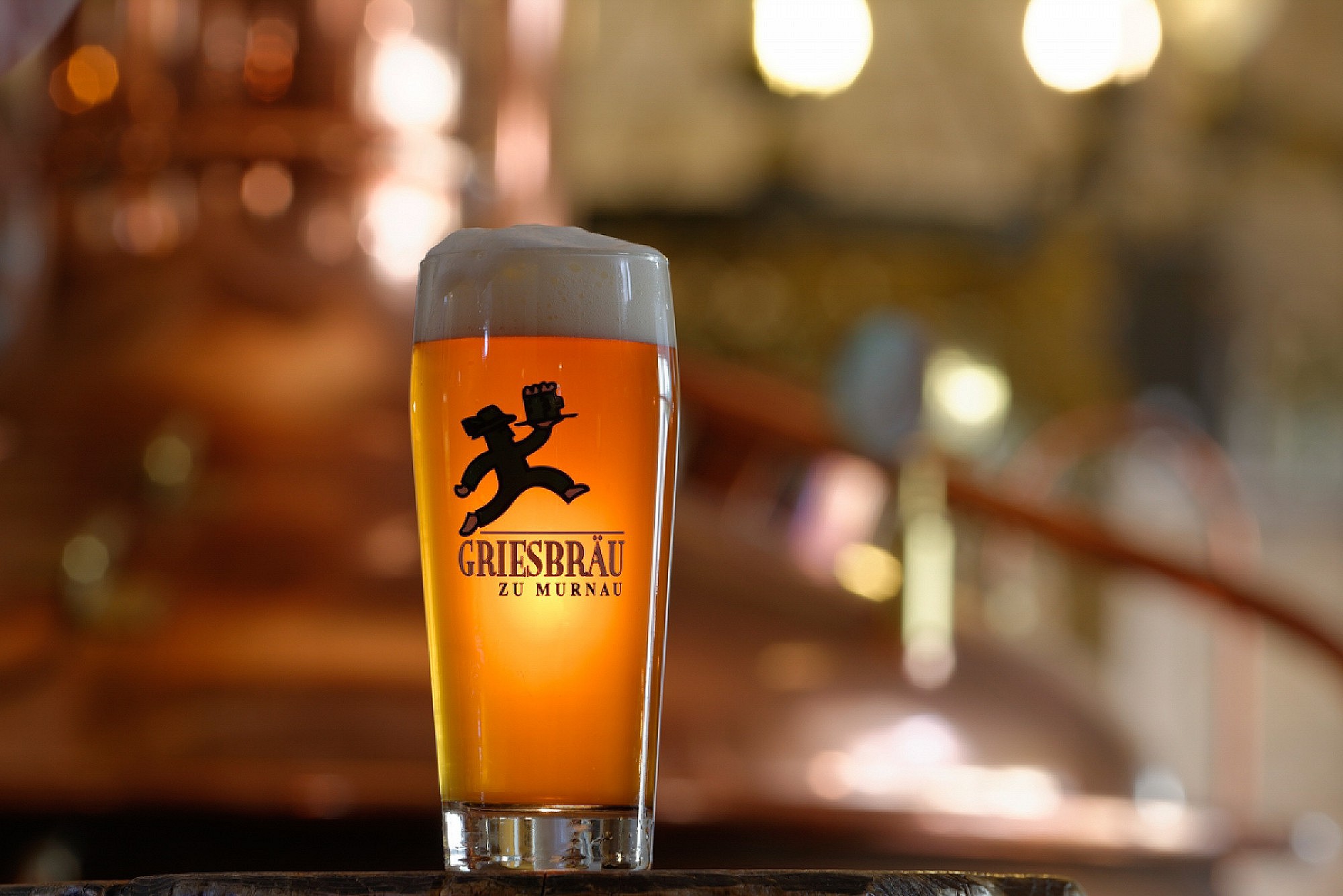 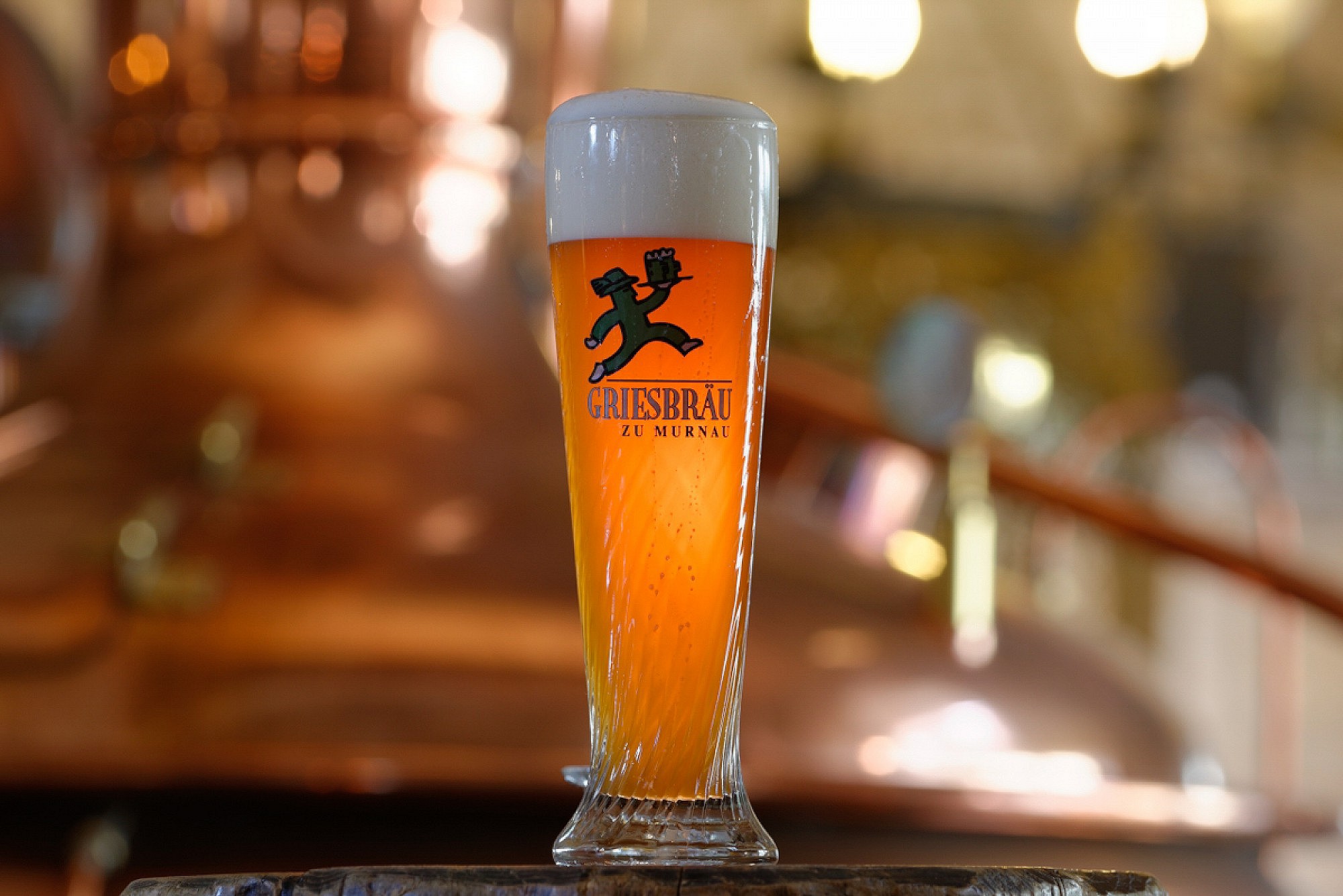 Taste: fine bubbles, honey-coloured ... intense aroma of bananas, pears and a bit of caramel, a fine fresh prickling on the tongue ...leaving an exciting accent of clove and nutmeg. 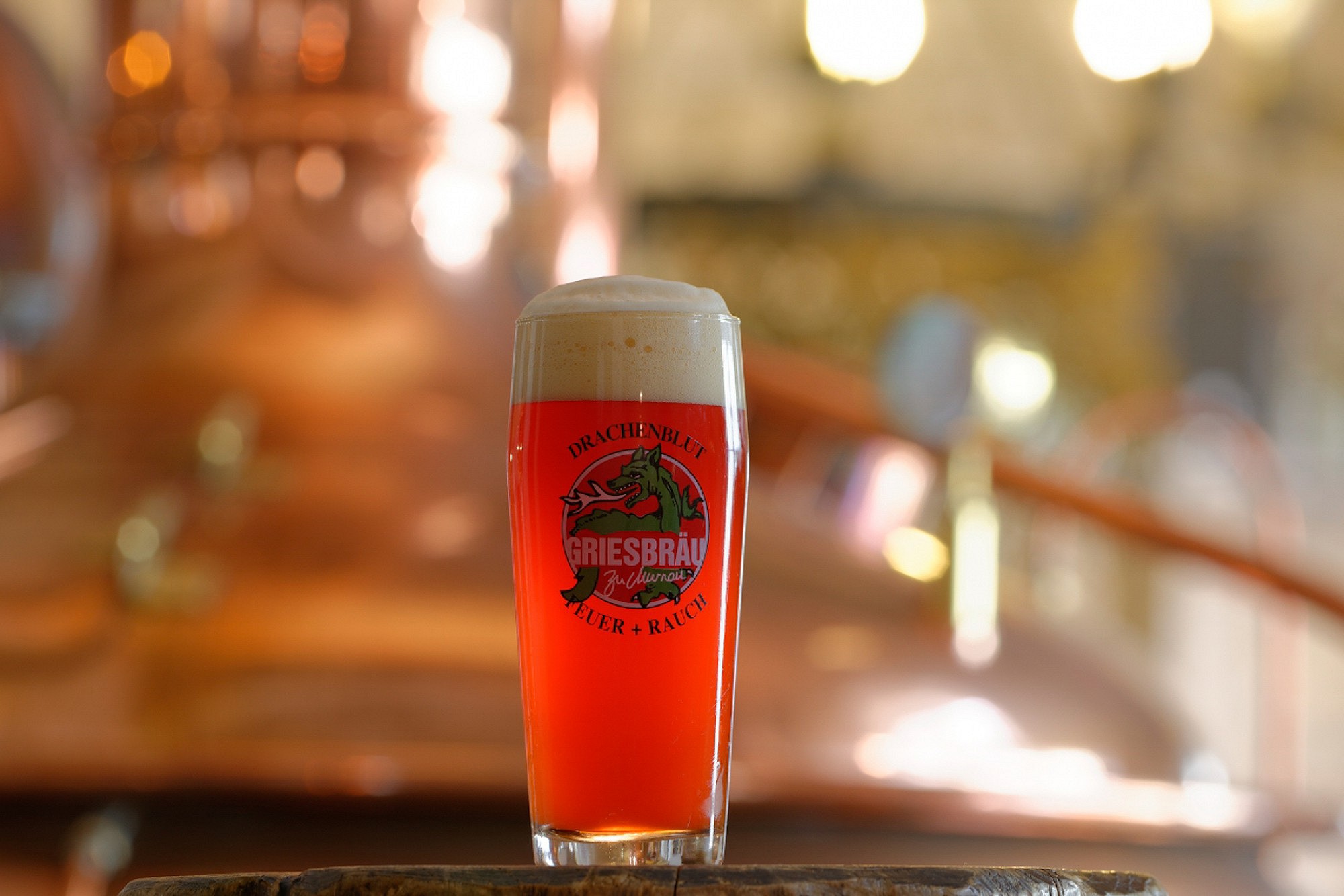 Taste: authentic, chocolate-brown-color with its cream-colored foam. Malt flavour with caramel sweetness and a touch of roasted coffee. A very harmonious dark beer.
Every Season has a special beer!
GRIESBRÄU IPA

CHRISTMAS-WEIZENBOCK
Griesbräu Brewery Tour and Beer Workshops
Enjoy our beer with all your senses!

Every second Tuesday from March until September, we offer our well-known and popular Griesbräu beer workshops.
With tastings of our beer, you can obtain your own beer connoisseur certificate.

The workshop includes a guided tour, tastings and a certificate.
Duration: ca. 1,5 hours
Price per person: 17 EUR
For groups of more than 10 persons we offer our guided tours and workshops by appointment.

Our guided brewery tours:
from Monday to Friday by appointment for groups with more then 10 persons. 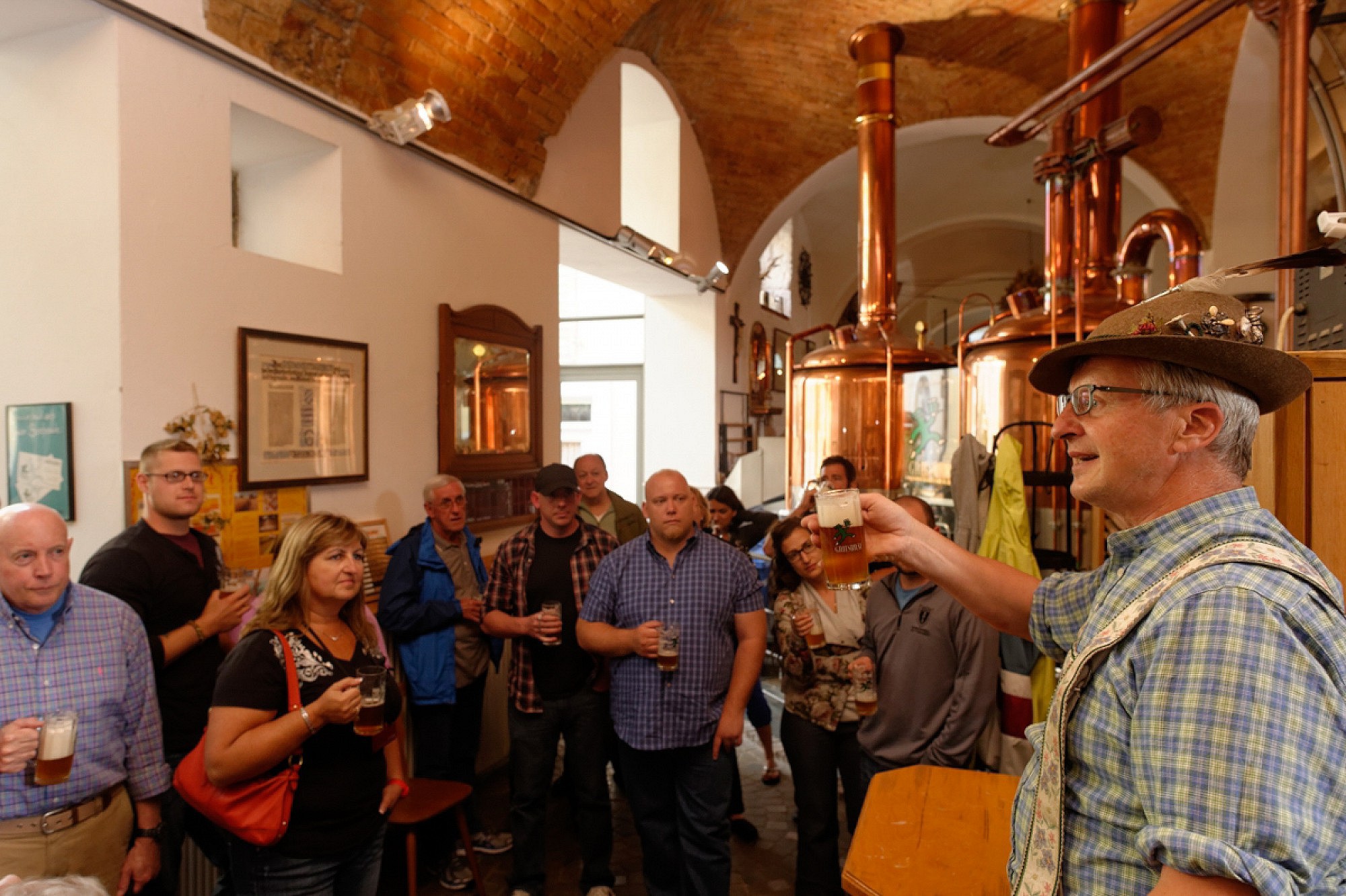 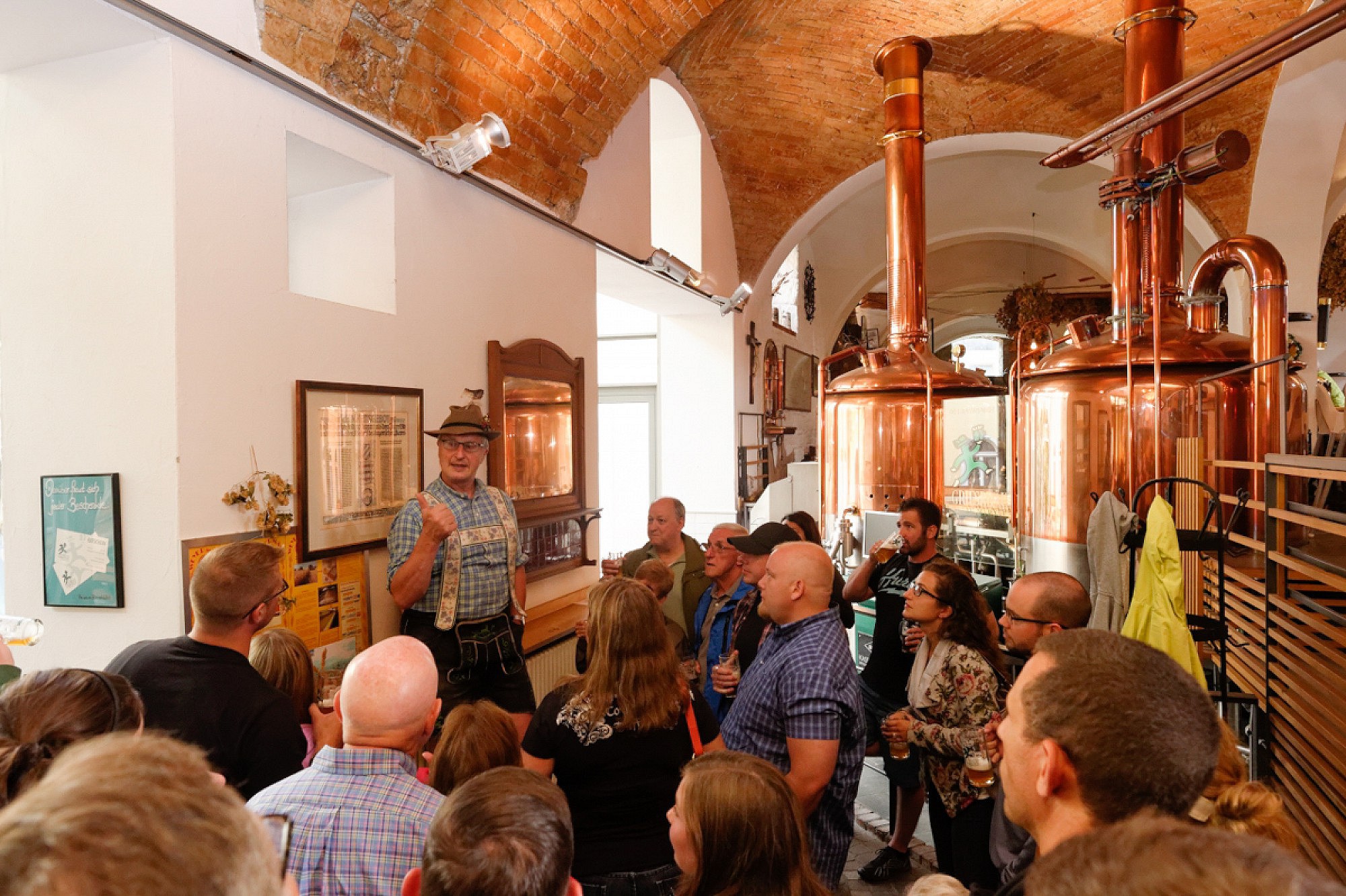 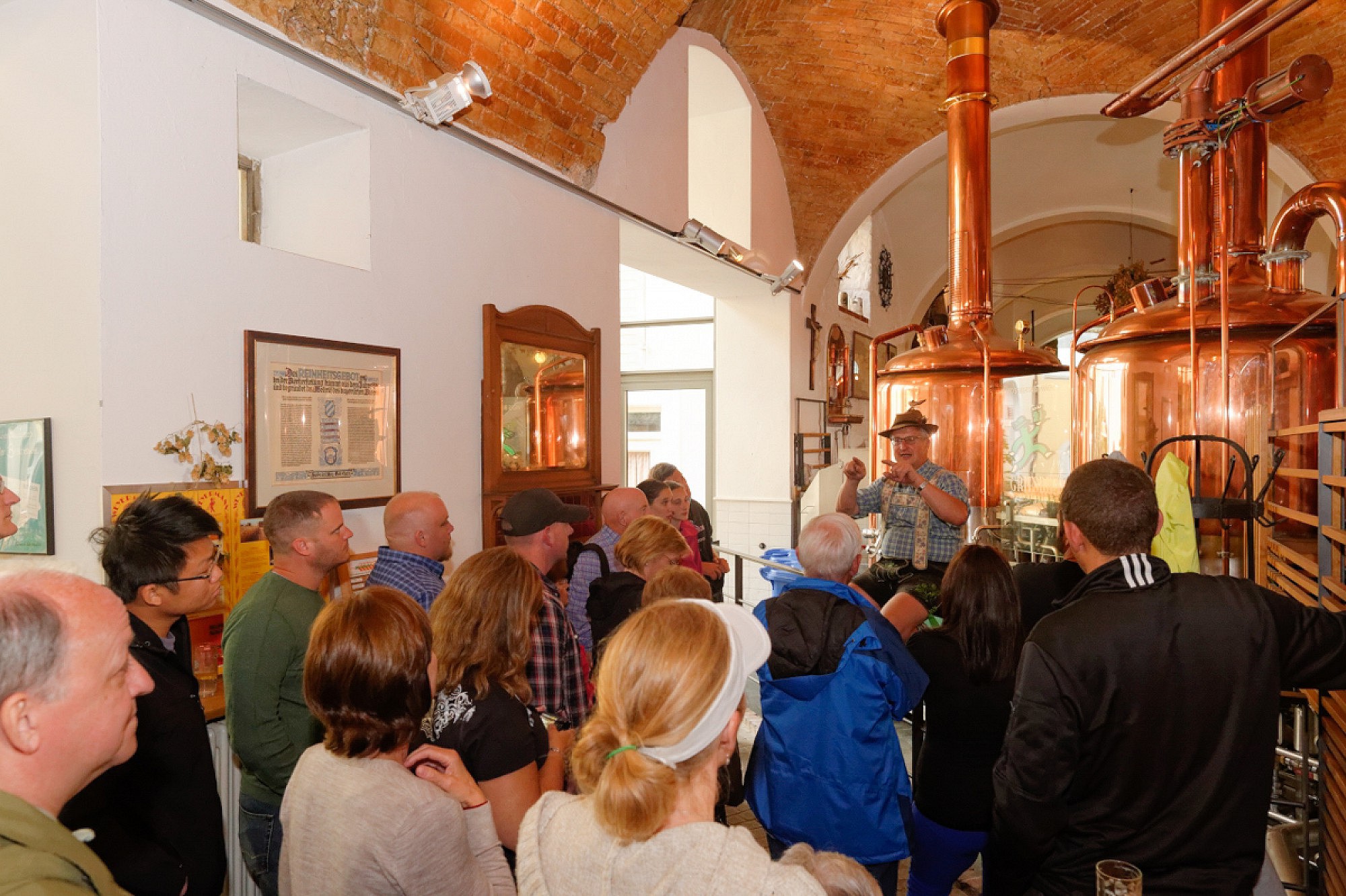 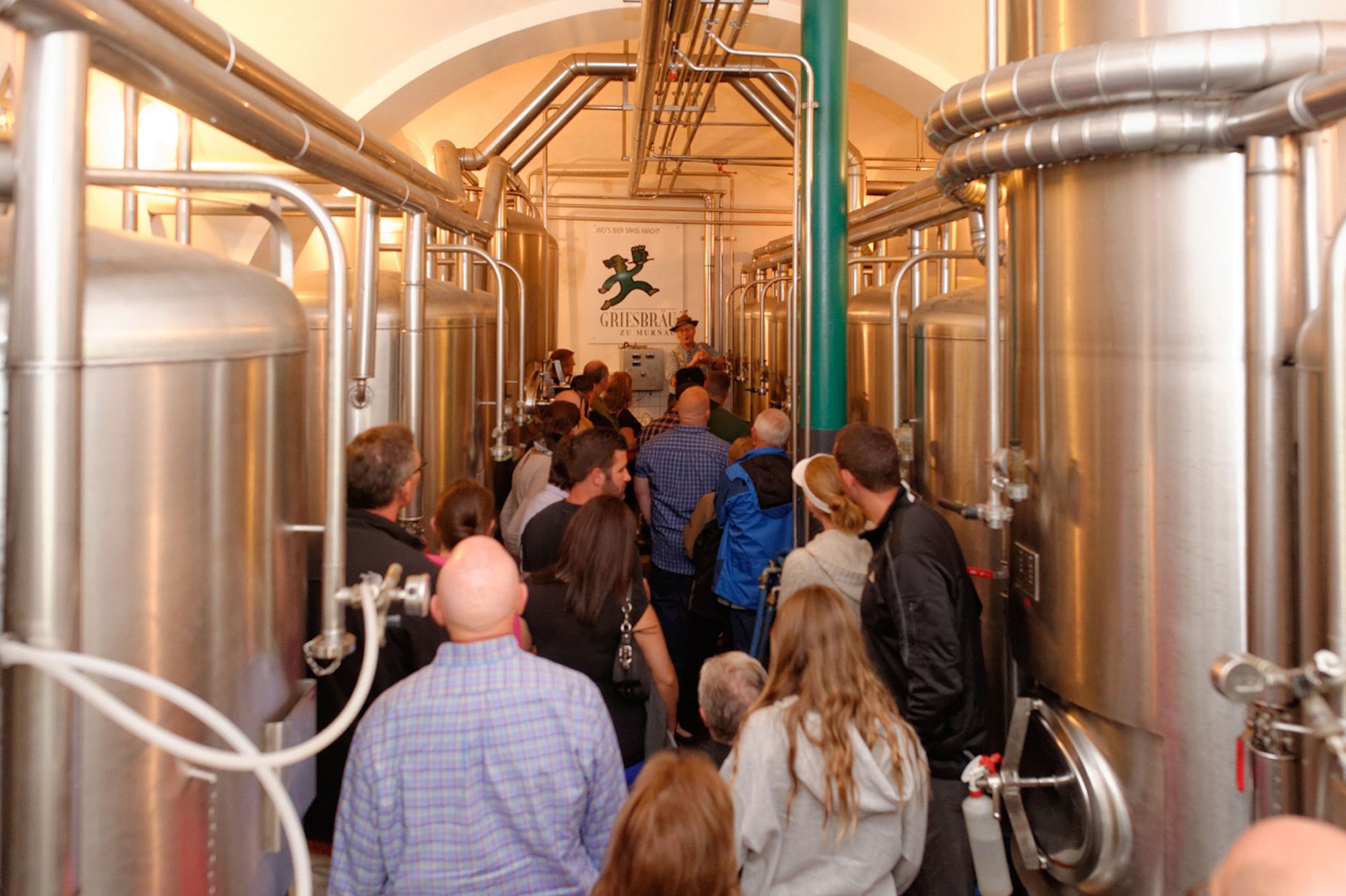 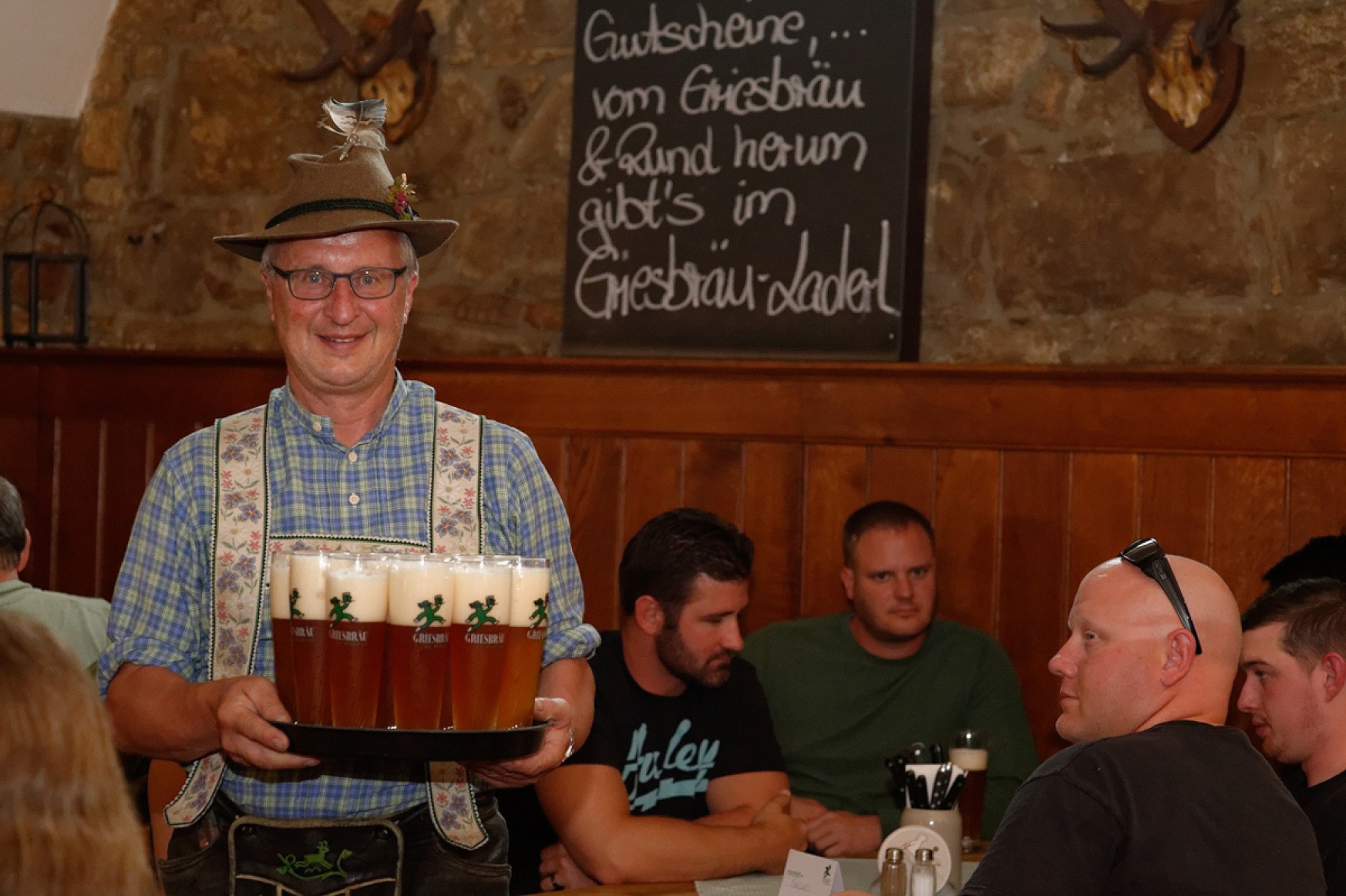 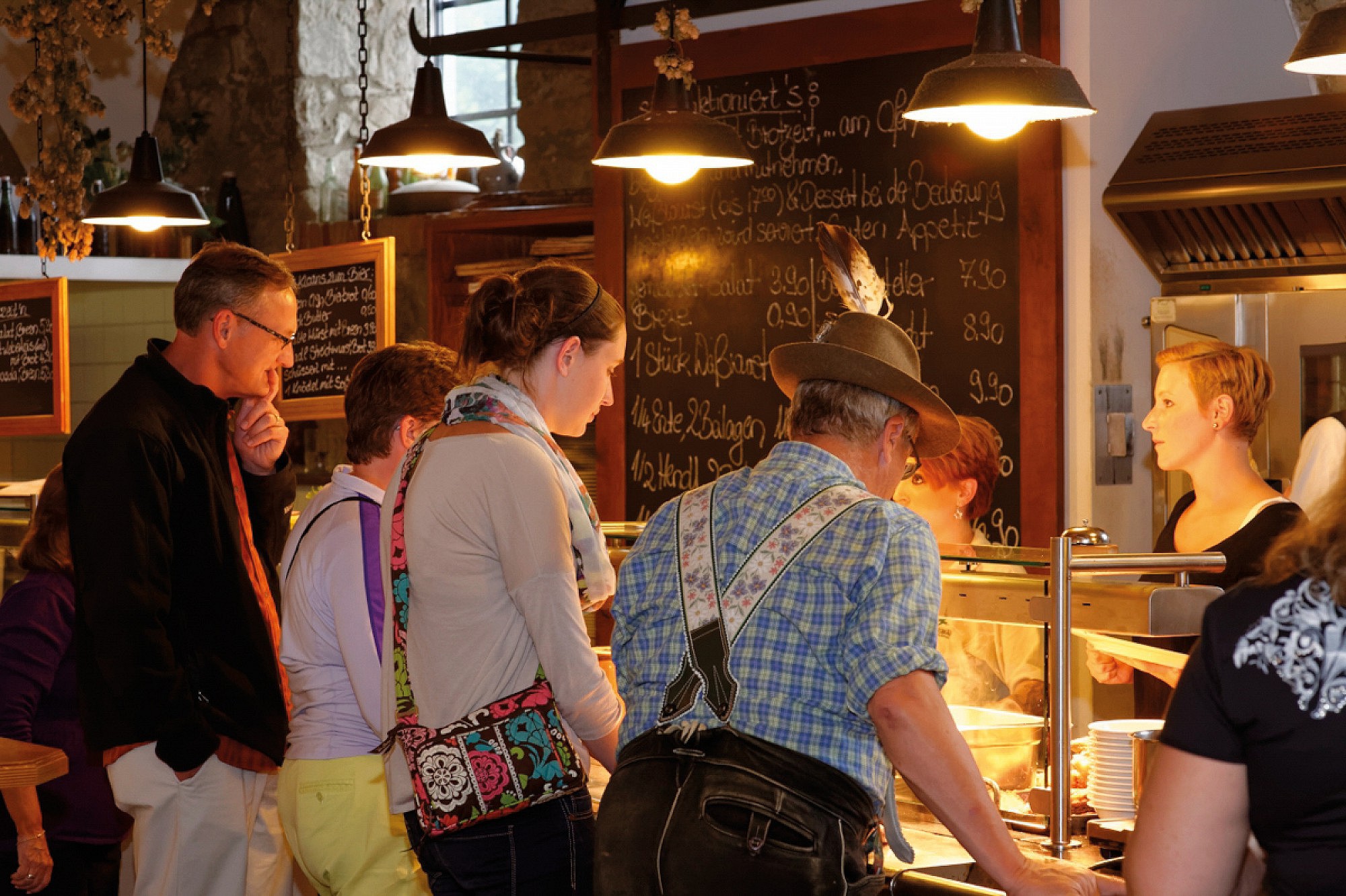 The Griesbräu Story
The name Griesbräu traces all the way back to 1808. The name derives from „griesigen“ rock (old expression for „kiesreich“ meaning „rich in gravel“) found in the soil. But long before this time, namely since 1676, there was already brewing activity inside the old walls. On June 9th 1835 almost all of the houses at Obermarkt were destroyed by a fire. It was the family of Andreas Kirchmeier, who in 1836 on the area of four former houses, rebuilt the Vierkanthof for brewery and farming: todays Griesbräu.

Until 1917 the local beer brewing tradition was preserved, but after the sale to Thomasbier Brewery Munich, the brewery was closed. On April 5th 1922, proprietors and farmers, Michael und Maria Gilg purchased Griesbräu, laying the foundation for future generations. In 1951 son Michael and his wife Regina took over the property. Twenty years later, in 1971, the building was transferred to son Herbert und his wife Gabriele.

In 1999 their son and today‘s owner Michael began extensive construction in the former cow and ox barn. In April 2000 it finally happened! The brewery re-opened its doors after 80 years. In 2006 Michael Gilg extended the existing hotel by 12 additional rooms inside the west wing of the building (above the brewery). In 2009 the front desk and adjoining area were completely renovated. At the end of 2011 Michael Gilg began refurbishing the former event hall, which served 30 years as a disco.

Today it is available for bookings for special events. In 2014 the entire second floor in the main building was completely renovated. The existing floor plans were remapped and rebuilt with modern standards.
Januar 2016: We took over the hotel „Klausenhof am Park“ from Werner Gilg and are looking forward to welcoming you here as our guests as well.